According to HMRC, Cryptocurrency is defined as;

‘Cryptographically secured digital representations of value or contractual rights that can be:

In layman’s terms, a cryptocurrency is a new form of digital money. It can be used to buy and sell, it can accrue interest (called staking), and it can be used as a store of value (i.e. similar to Gold).

The first and most famous Cryptocurrency is Bitcoin which was created in 2008 by an unknown person or group using the pseudonym Satoshi Nakamoto. In response to the global banking crash of the late noughties, Bitcoin was designed to be a decentralised peer-to-peer currency with the lofty goal of disintermediating banks from everyday financial transactions.

Simply put, Bitcoin is a way to send money from one person directly to another, which does not need third-party verification. Instead, Bitcoin uses a Proof-of-Work (PoW) standard, which confirms transactions using mathematical algorithms and adds them to a transactional ledger known as a Blockchain. Anyone can view the blockchain and check the proof that each transaction is valid.

Without getting bogged down in technical details, PoW uses the hashing power of mining computers to solve complex problems, which the miners are then rewarded for in Bitcoin. Once upon a time, Bitcoin could be mined using GPUs directly, but the hashing power required now has grown exponentially, and specialised mining rigs known as ASIC miners are generally required. Even then, the power required is so immense that individual miners join groups known as “pools” to combine their hash rates.

Since the dawn of Bitcoin, many other cryptocurrencies have arrived, with each hoping to carve its own niche. Networks such as Ethereum allow you to mine Ether coins and provide an ecosystem for new applications to run on. Each year brings new coins that can be mined, each with its own specific goals and niches.

What is the best coin to mine?

Using a GPU mining rig like our Providence Rig, it comes pre-installed with a mining OS that allows you to plug it in and begin mining immediately. The question is, though, which coin is the most profitable for mining?

Numerous coins can be earned through PoW, and each coin has several mining algorithms that convert your GPU’s computing power into a hash rate. The next consideration is whether to mine individually or join a mining pool (pro–tip: join a pool). Individual rewards can be much higher than joining a mining pool, but you may have to wait a long time for any reward.

If that all sounds like a lot of work or confusing, fear not. Sites like Nicehash or Minerstat provide profitability calculators that do all the hard work for you. Simply enter your hardware and the price of your electricity, and they do the rest.

Mining Bitcoin is generally considered to be the most profitable route but can be out of reach for individuals due to the sheer scale of mining already taking place (although we’ll show you a cool workaround in a moment).

The majority of GPU miners are currently mining Ether, although there are plenty of other coins you can mine like Ravencoin, Eth Classic, ZCash and Monero. Most of these coins are worth considerably less than Btc and Eth for the moment (those are the most common abbreviations for Bitcoin and Ethereum), but long-term may provide better value if the price spikes.

Our recommendation, however, is something a little different. By signing up to Nicehash, you can effectively rent your hashing power to a marketplace, automatically get the highest return and get paid directly in Bitcoin (told you it was cool).

Regardless of which coin you choose to mine, now is a great time to purchase a mining rig and get involved in cryptocurrencies. Speak to one of our knowledgeable sales reps today about our pre-built mining rigs. 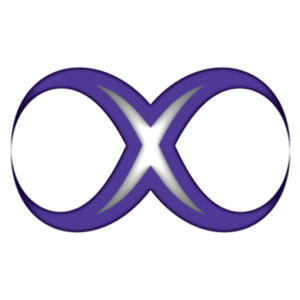 Misha started his technology company in 2015 which incorporates Cryptominingrigs.co.uk and xune.solutions as well as several others. An expert in eCommerce and making money online. His mission is to help as many other people as possible to do the same.

What our customers say

⑊
I've got the 10 rigs all setup in my outhouse and it was as easy as putting in the flash drives and turning them on. Pulling in an expected £92,000 per year!
Richard10 X 2060S RIGS
Thanks guys, you made it easy to get going. I keep on checking how they're doing on my phone. I love the feeling of waking up having made more than I will at work the next day.
Jay6 X 1660S RIGS + 3 2060S RIGS
Money printer go brrrr! Haha, thanks guys for all your help.
Michael3 X 1660S RIGS

We build and sell closed cryptocurrency mining rigs so you can plug, play and earn money instantly.

Crypto Mining Rigs are really hot right now, and stock for GPU’s are in short supply. Stay in the loop and we’ll inform you when new rigs become available for immediate delivery.